Ethics & use of data

Why would anyone want to do research on the Hannibal fandom? If you are not too familiar with cultural studies, it might seem weird or even suspicious. Which motivation and intention could a person probably have?

When I first stumbled into Hannibal fandom somewhere in 2017, I wasn’t overly aware of the phenomenon of media fandom in itself. I had just finished watching the final episode of Hannibal and was sad about the ending. I didn’t want to believe that they died, but couldn’t explain how they could have possibly survived. So I went online, found that there are, indeed, people sharing my opinion. And not only were there blogs explaining the ending or arguing for their survival, but elaborate stories about the finale and beyond. I got sucked right into the huge, complex world that is fan fiction.

About two and a half years later, I was planning on a PhD Project about artificial intelligence and I wasn’t really happy about it. I still read fan fiction (and wrote a few myself) but had started reading scientific papers on the topic as well. And while much is written about fan fiction and fans, I wasn’t really satisfied with the answers. The majority of research is focused on fan fiction. Many researchers identify as fans (so called aca-fans) and analyse fan work with deep knowledge and consideration for its context. Nevertheless, fan fictions are only one part of the bigger picture that is fan culture, and I was curious to learn more.

At this point, I learned about the Red Dragon Con 6, and while personally I’m not that interested in meeting the actors and actresses, I bought a ticket without thinking twice because I saw that as a chance to get to know Hannibal fans and to understand what they do and why they do it (and what it is, of course, that got me so captured about it). That’s when I realized that I had the chance to transit my private curiosity into my professional life. I dumped my PhD-project on AI and started to work on fan culture instead.

Initially, I planned on working on several fandoms, but I soon had to realize that I wouldn’t be able to spend enough time in each fandom to do them justice. In the end, I decided on Hannibal for several reasons: First, this series was what brought me to the topic to begin with. I’m familiar with the canon (though not overly, I’ve watched the series 1.5 times) and a lot of fanon. Second, the series is not part of the fantasy genre, which I find rather interesting because many other TV-series fandoms are (Supernatural, Sabrina, Teen Wolf, Buffy, e.g.). Third, the series is PG-rated, and I hoped for mostly adult fans as I won’t do interviews with minors. 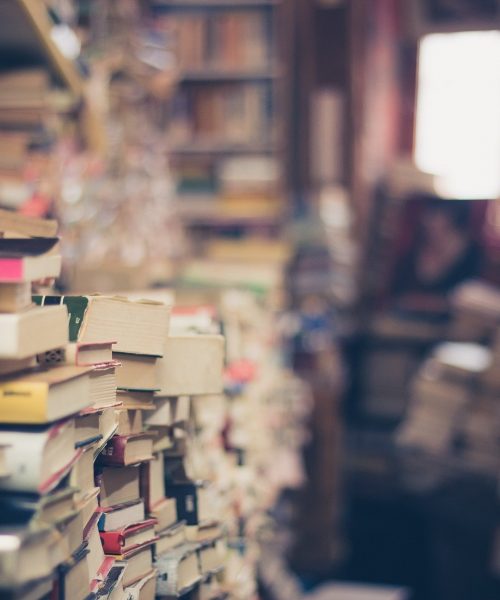 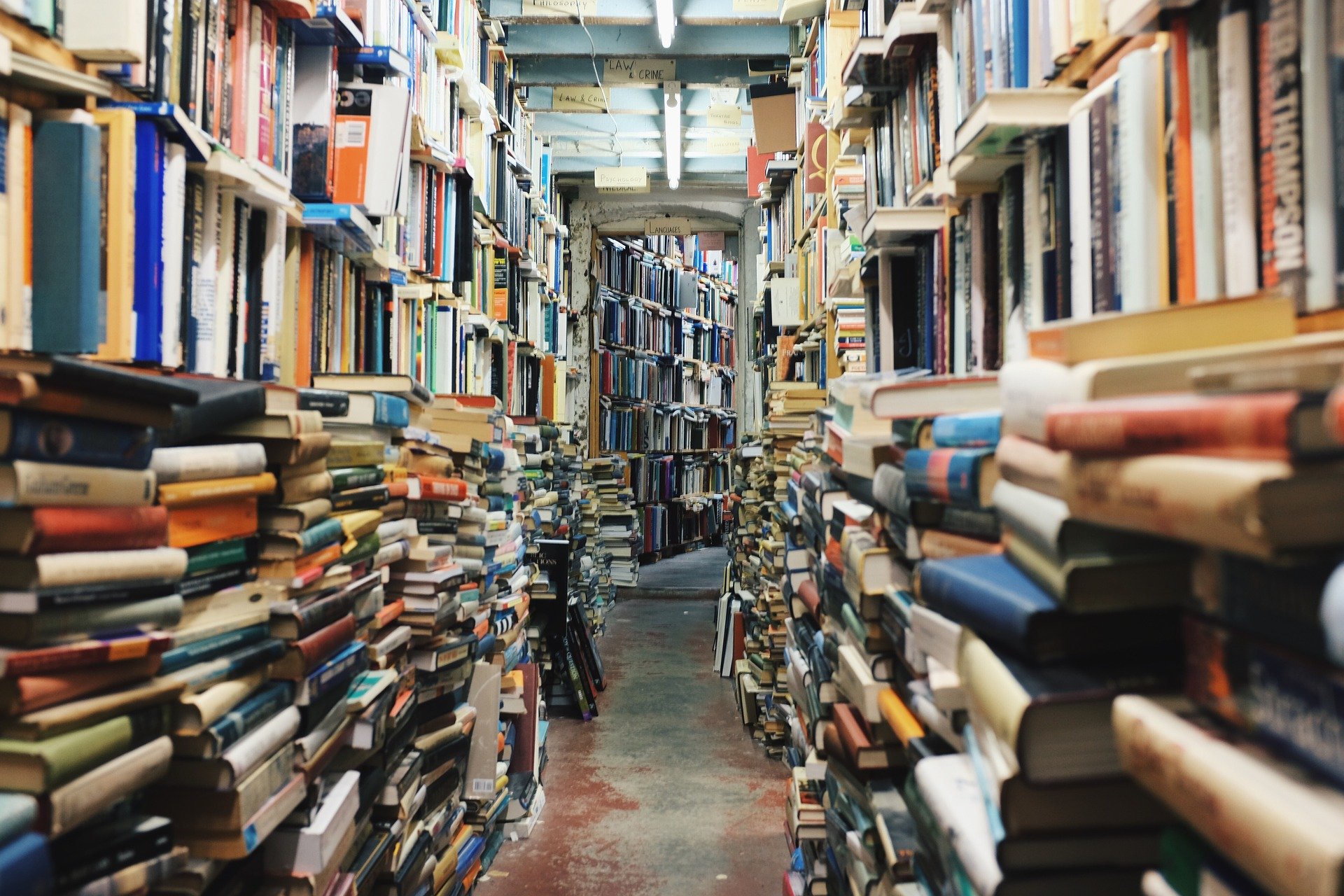 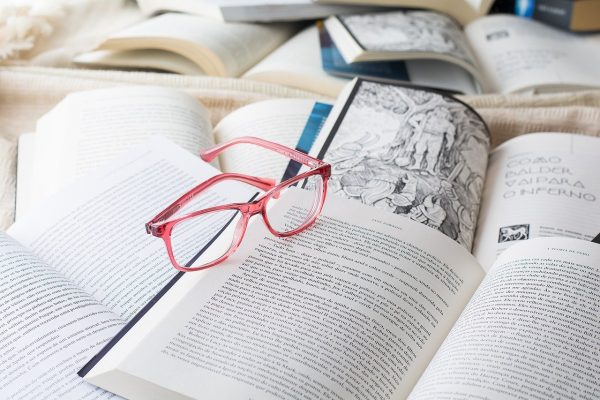 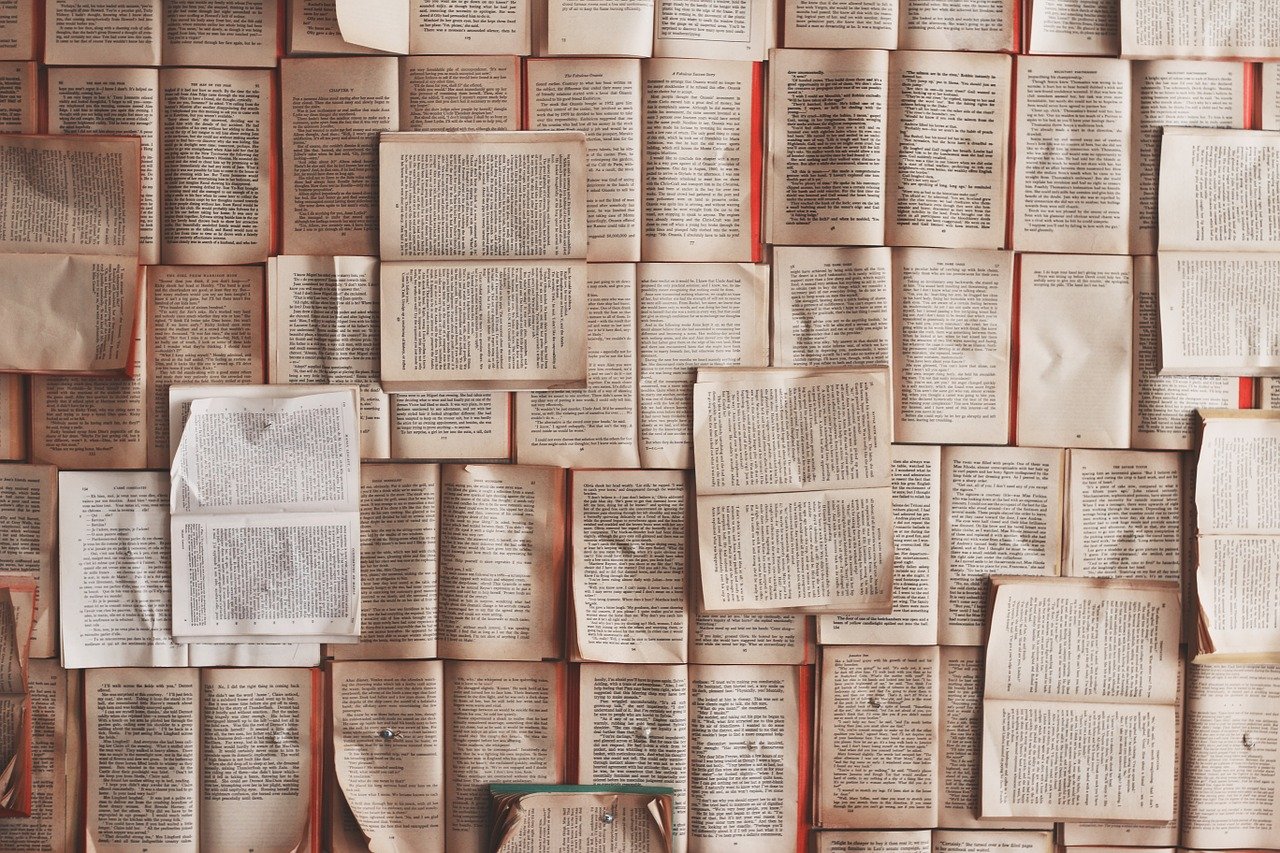 My project is part of cultural studies as I see fandom as a culture on its own. We tend to use the term culture either to value things (and mostly referring to so called high culture like literature or classical music) or as an umbrella term. When I’m talking about culture here, I see it as the things we do in our everyday life. If you see culture this way – as an active process – it is much less static. It allows you to see continuation and transformation. This is what enables cultural studies to not only show society as it is, but how it changes. It can show social imbalances, but also the creative ways people deal with their circumstances.

Reading about fan culture, experiencing fan culture and talking to fans was what made me put two things in the centre of my research: Emotion and sexuality.

Emotion was what led me to fandom and is therefore something I'm naturally curious about. I don’t aim to judge or classify the emotions of fans, and I won’t psychoanalyze anyone. I simply want to describe them to understand the interconnection of culture and emotion. Since fandom is not only an emotional space but a place where emotions are discussed on a meta level, it offers a great chance to learn about them.

As with emotions, I made the observation that sexuality is indeed an issue in fan culture. I’m interested in learning about the way fans discuss sex and gender and the meaning they create doing so. Again it’s not about posing judgement but about learning and understanding culture. 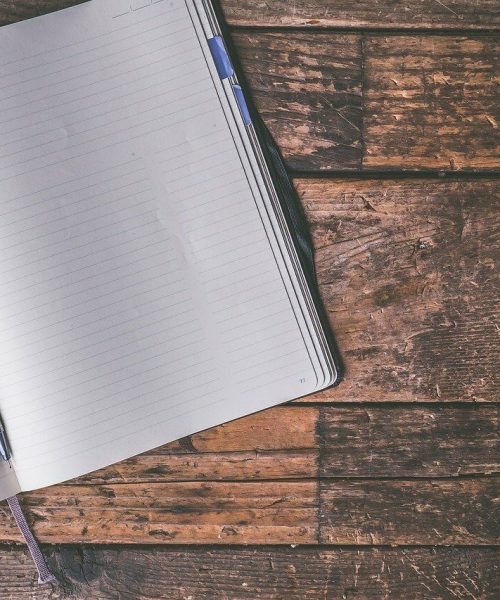 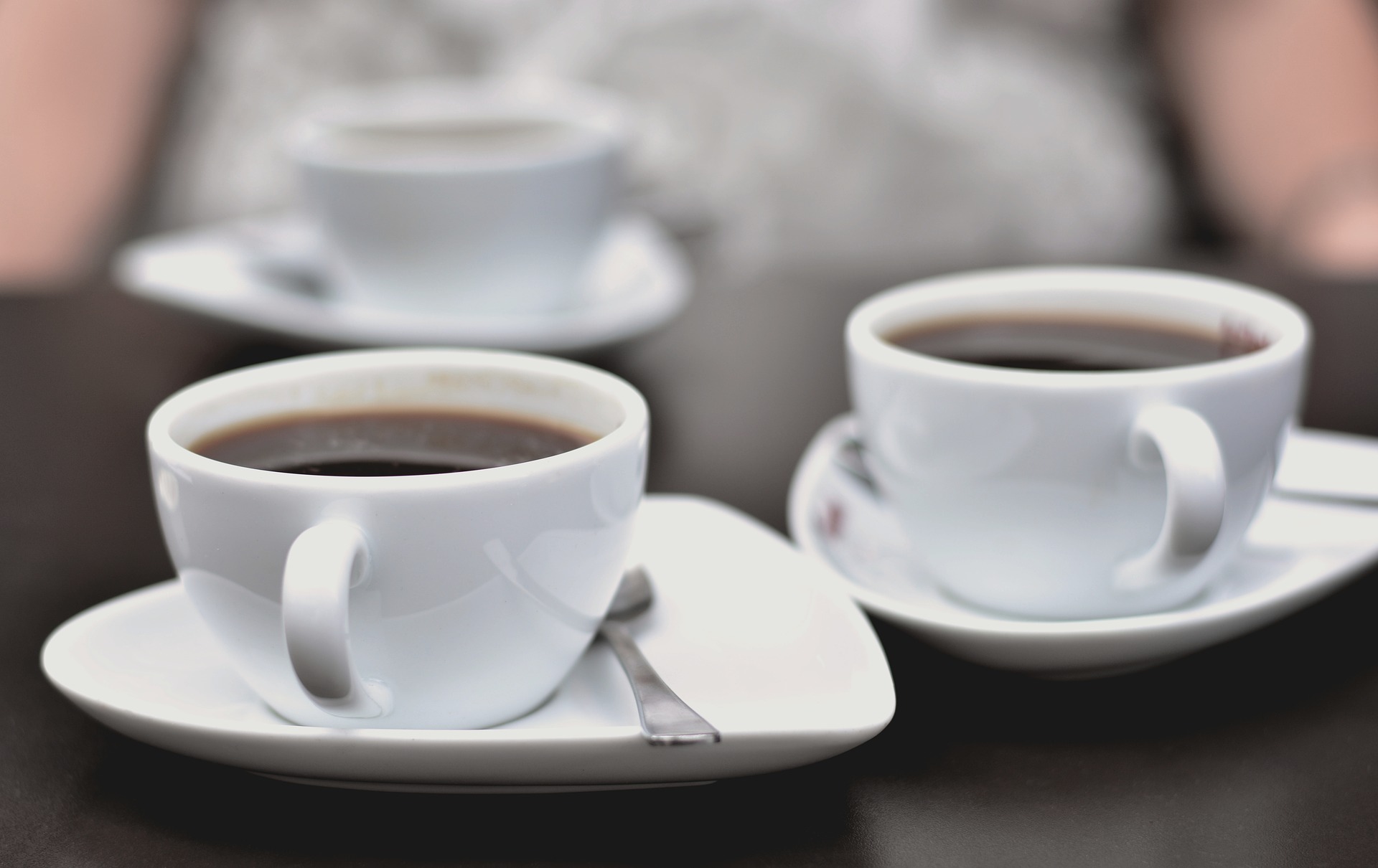 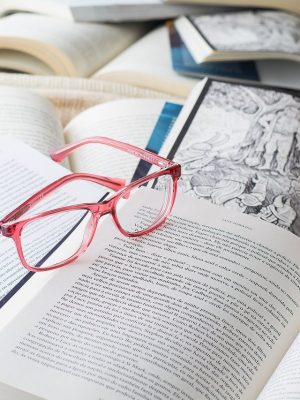 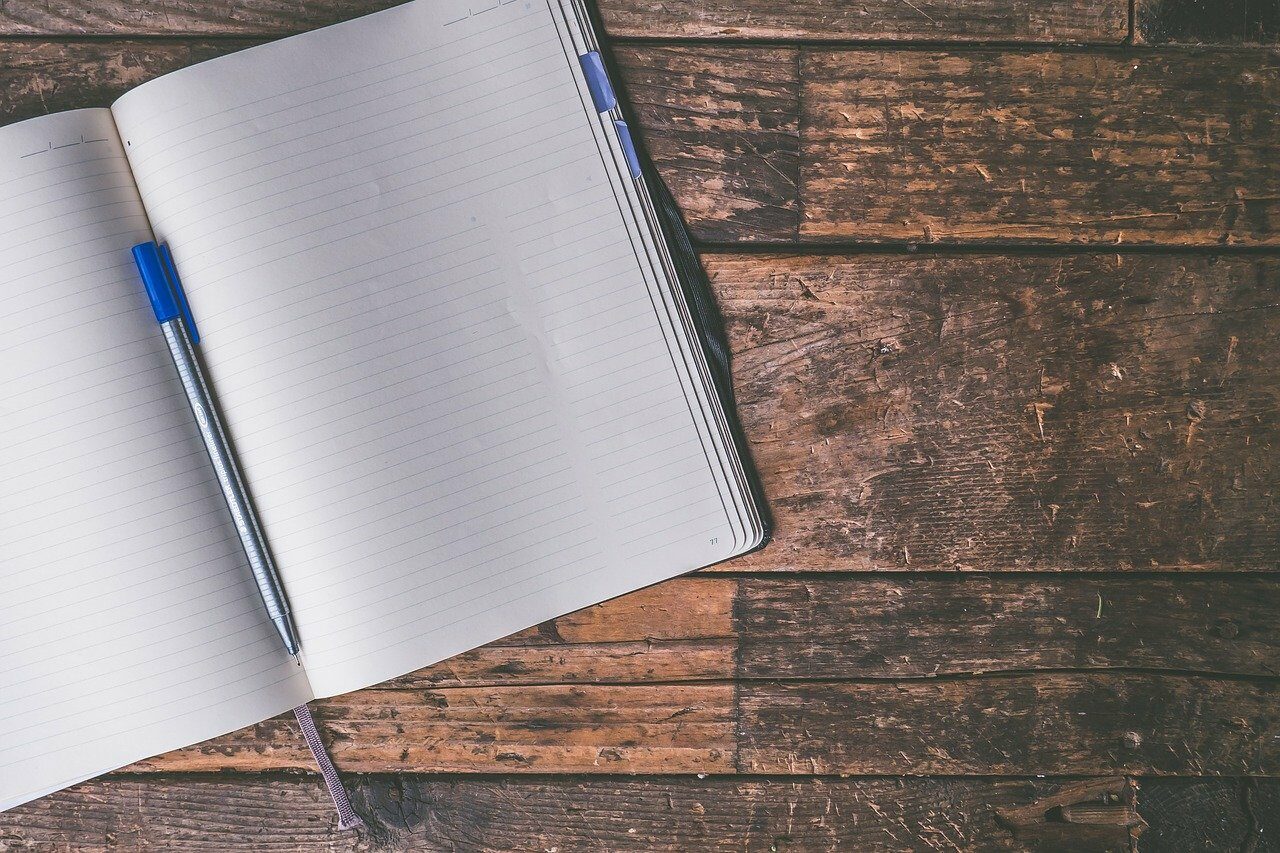 Research ought to be objective – and that’s a dilemma for interpretative research like cultural studies. Everyone’s perception is formed through different factors like cultural and social origin, age, gender or biography. To be able to gain knowledge that is not merely arbitrary, and to avoid biases, researchers use scientific methods. This systematic approach makes it possible for others to critically check and understand the research process and results.

Participant Observation is a common tool in interpretative cultural studies. It’s based in the belief that culture cannot be understood solely through texts, pictures or conversations, but must be lived through interaction. This could entail participating in a rewatch, writing a fanfiction or queuing at a convention.

Interviews are another important part of this research. Interviewees do not only explain facts; they can also point out unobservable factors like biographic events. As experts of their own culture, interviewees help to contextualize and to grasp the meaning of cultural circumstances.

Of course, Media analysis is a given in this project since the Hannibal fandom is a media fandom and a highly productive producer of cross media texts itself. 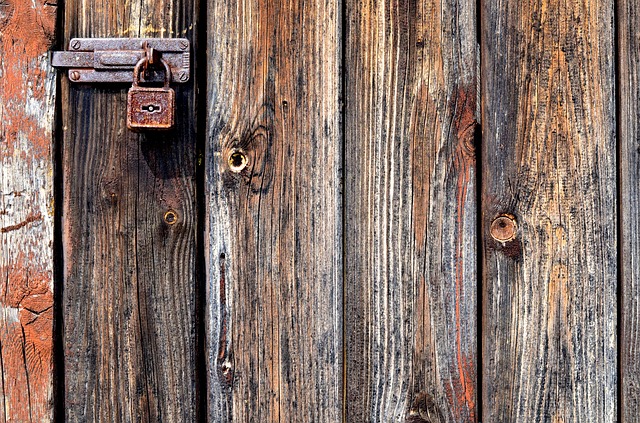 I aim to understand emotion and sexuality in a specific cultural setting. I’m aware that this is a highly individual and personal topic. That’s why I use personal information only if I obtain informed consent. I want to stress that my research is not about profiling people or discrediting their way of life.

I work with guidelines based in principle ethics. I use the general recommendations made by the Association of Internet Researchers und den mit Fans erarbeiteten Empfehlungen u.a. von Additonally, I use ethical rules researchers stated with the help of members of fan communities, for example Brianne Dym and Casey Fiesler und or EJ Nielsen.

Definitions of public vs private differ between individuals and cultures. I’m aware that things shared in public places can be considered private by the participants. I treat them as such. Since sexuality, sexual orientation and preferences tend to be a source of vulnerability, I’m especially careful with information on that topic.

I strive to be open about my role as a researcher. This homepage and the disclosure of my person is an attempt to ensure that.

If you decide to talk with me about fandom, we will discuss this consent form first. Individual agreements on pseudonymization will be made.

I am talking to you for my research project on fan culture as part of my doctoral thesis at the Albert-Ludwigs-University of Freiburg, Germany (Institute for Cultural Anthropology and European Ethnology). My focus is on emotion, sexuality and gender, but I am open to any topic important to you.

Your participation is voluntary. You can revoke your consent at any time and without giving reasons. You will not suffer any disadvantages as a result. The collection, processing and use of the collected data is exclusively for scientific purposes. Your personal data will be stored by me in encrypted form. They are not accessible to third parties. In the course of processing, your data will be pseudonymized. At the end of the research project, the key directory and all personalized data will be deleted.

I don’t use a standardized questionnaire. My questions are intended to get us talking to each other. Which platform we use for the conversation is your free decision, as is the medium (chat, email, video or voice call). I have no influence on the data security on social media platforms or the mail server you use and can therefore not guarantee data protection on these platforms.

It is important to me that we are on equal footing when having our conversation together. You can ask me any question you want. You are welcome to tell me if you don't want to answer specific questions or talk about certain topics. Questions about negative feelings and experiences and about gender or sexual identity can be stressful at some stages of life. Please be mindful of yourself and your boundaries and point them out to me if necessary.

I do not need a signed consent form as this would require the disclosure of your full name. It is sufficient that you tell me that you understood the info and agree with the terms.

A PhD Project on Fan Culture, Emotion and Sexuality